Architectural Photography of the Gayle Greve Hunt School of Nursing

I recently photographed a few interior spaces and the exterior of the Gayle Greve Hunt School of Nursing in El Paso. This school is part of the Texas Tech University Health Sciences Center in El Paso. These photos were taken for the builder’s portfolio and for awards submissions. 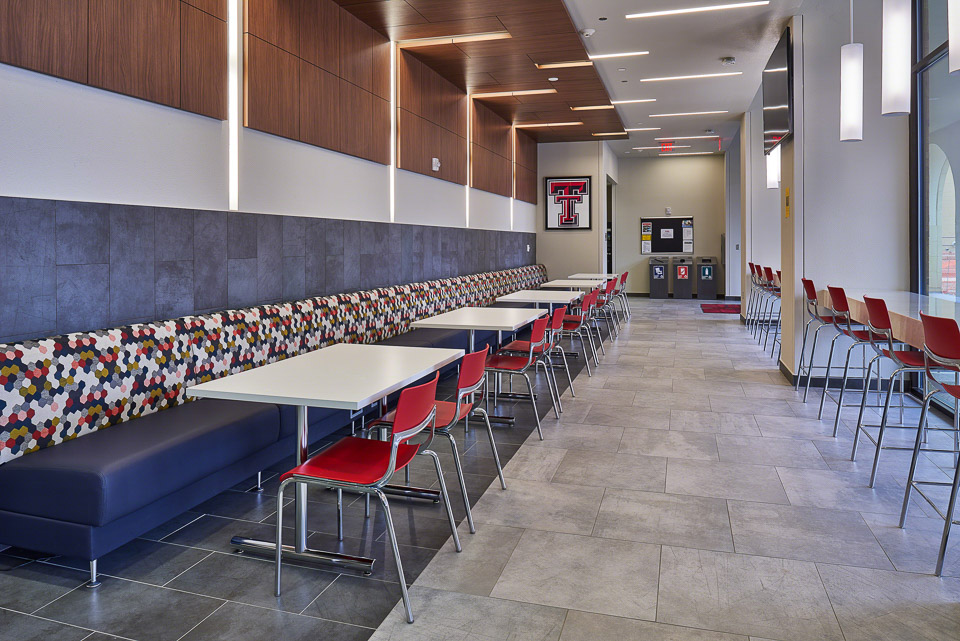 The photo below is a great example of how a tilt/shift lens comes in handy. I wanted to have the camera at a high position so the row of chairs on the far side of table wouldn’t block the view of the chairs against the wall. With a normal lens, this would result in the scene consisting of mostly ceiling and very little table/floor. The shift function on this lens allowed me to maintain the high viewpoint but shift the captured scene lower – all while keeping the camera perfectly level. 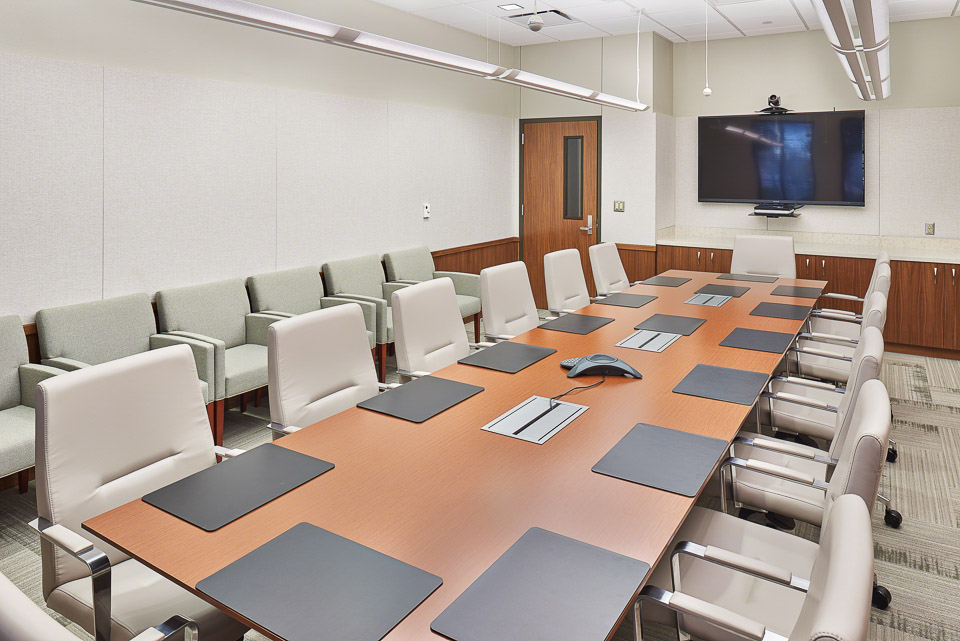 The front of the building was still under construction so my options for the exterior photos were limited. The photos below were taken just a few minutes apart and show the dramatic changes that can happen as day turns to evening. 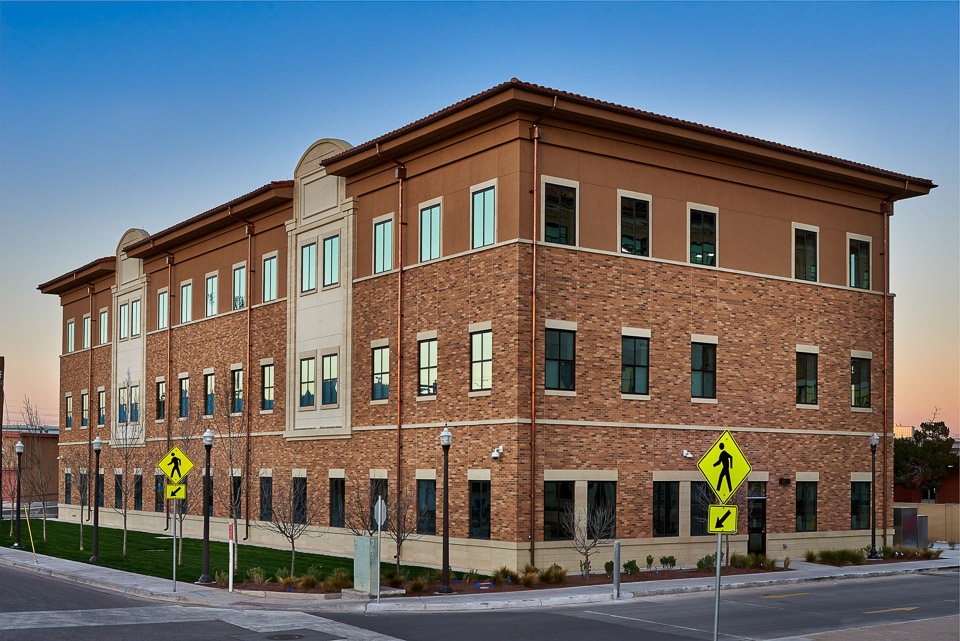 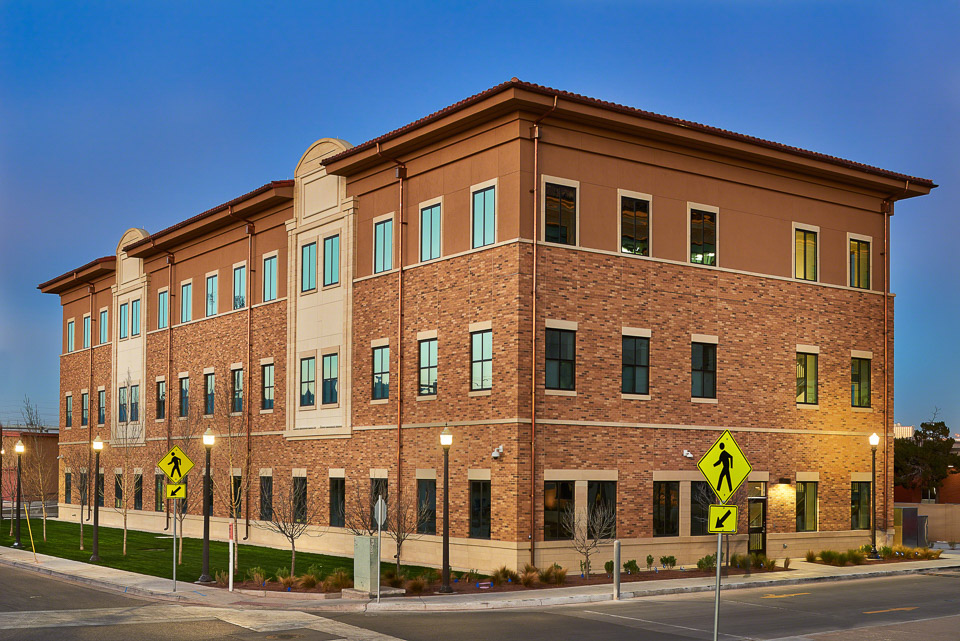 The images above were taken with a 45mm lens from a parking lot across the street. To get the image I wanted I placed the camera on a pole and raised it about 15 feet in the air. 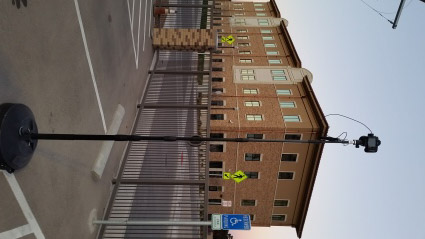 Using a CamRanger device I was able to control the settings on the camera and trigger the shutter wirelessly from my tablet.

The photo below was taken from the middle of the street using a 24mm lens. The closer position to the building makes the wider lens necessary and also causes some of the optical distortion you can see by comparing the images. 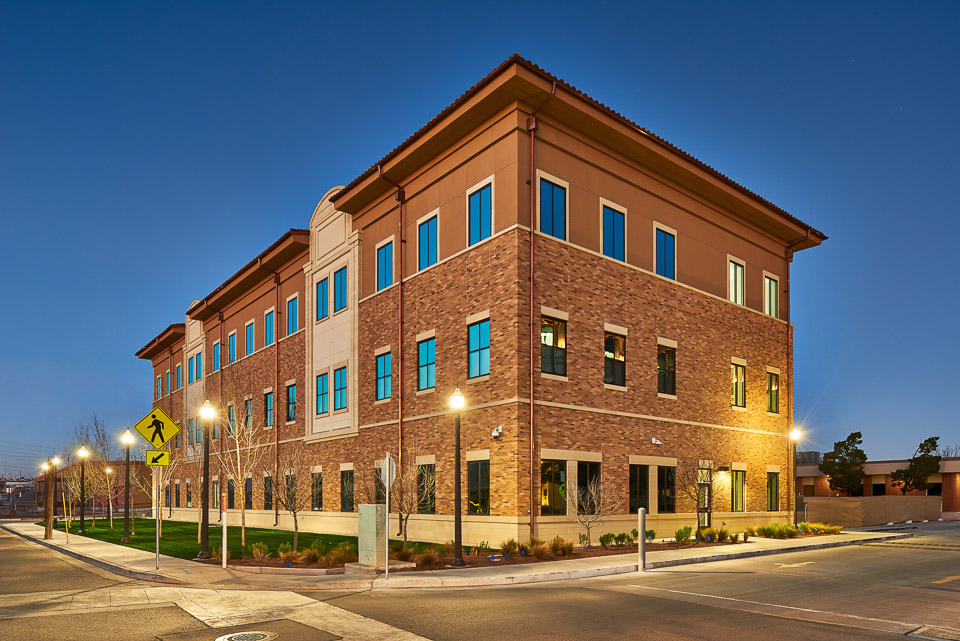