GECU recently opened a new branch on Lee Trevino. In addition to being asked to capture exterior and interior photos, they decorated the interior using several photos from my library of El Paso photos. 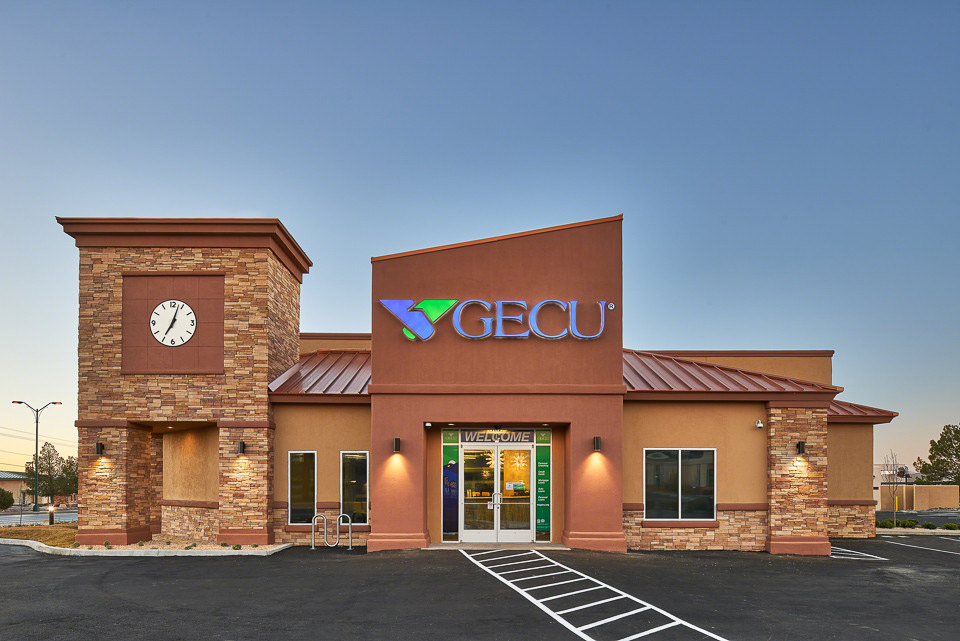 The photo above is what they used in their marketing material to announce the opening of the new branch. This photo survived despite my errors. We scheduled the exterior shoot for just before sunrise one day. It was really cold. The distraction of trying to keep my fingers from freezing off contributed to a critical error – I had the camera set to capture only small JPG files instead of my usual RAW+ JPG setting. The resulting files were too small and too flat to be useful so I had to return to the location at sunrise a few days later to reshoot some of the images. Unfortunately, this time the interior lights weren’t on and there was no one available to turn them on. I saved the situation by taking the glowing windows from the low resolution files and adding them to the final image. 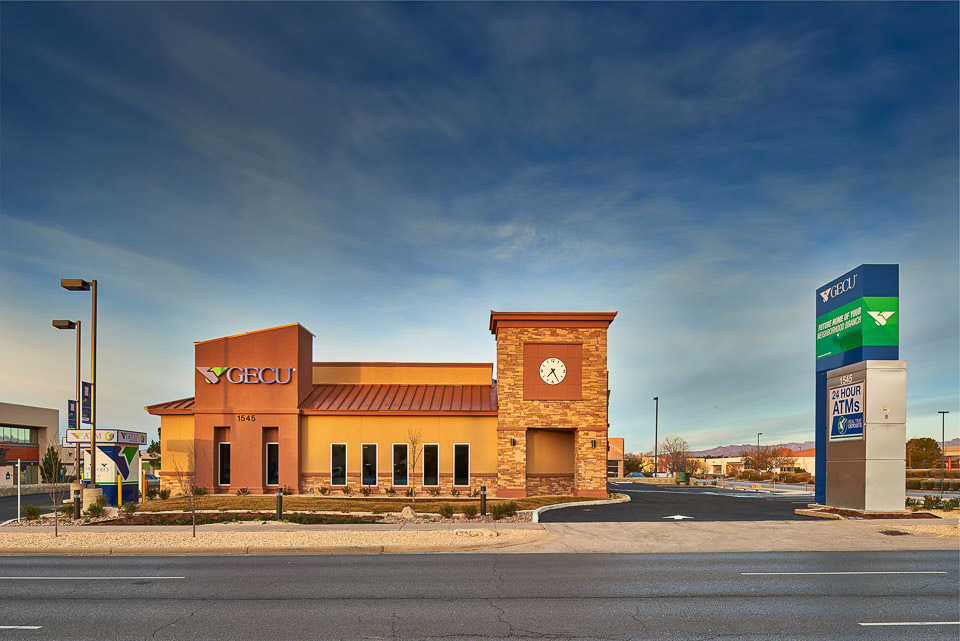 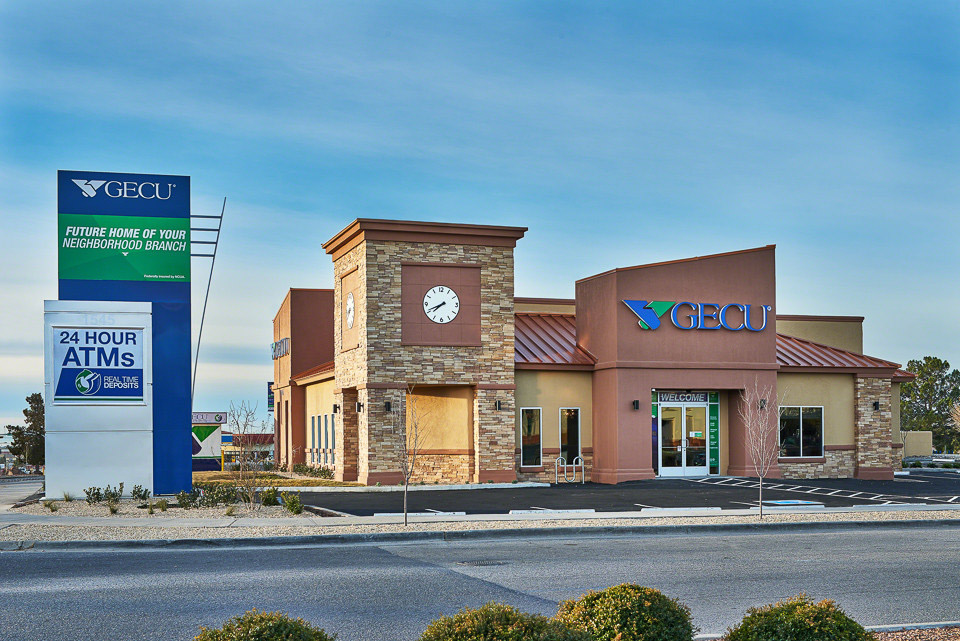 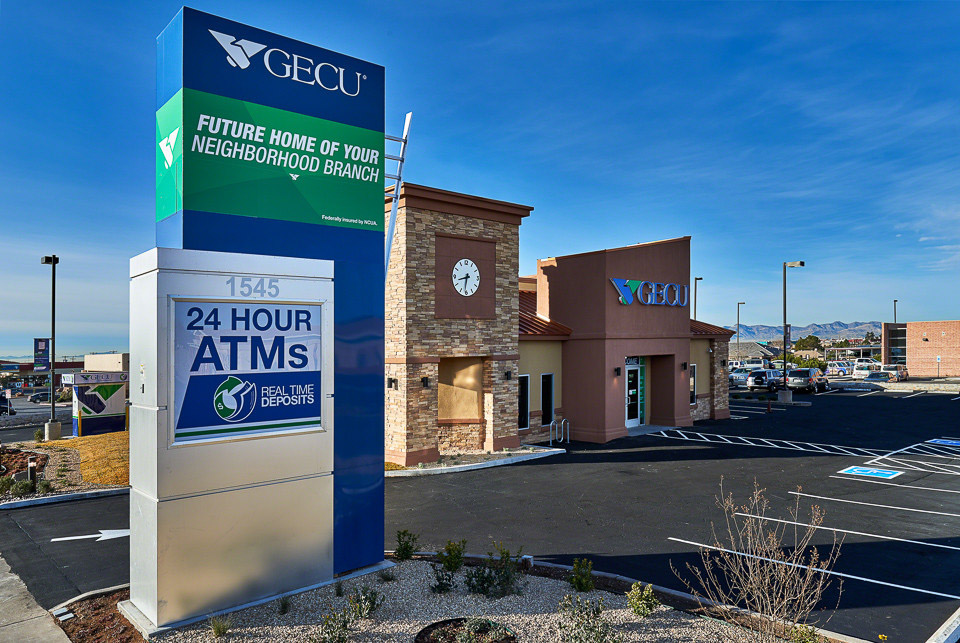 The photo above was taken by placing the camera on a pole about 15 feet above the ground. It gives an interesting viewpoint that isn’t common, but it also isn’t too high to be distracting.

After the grand opening I returned to take some interior photos. 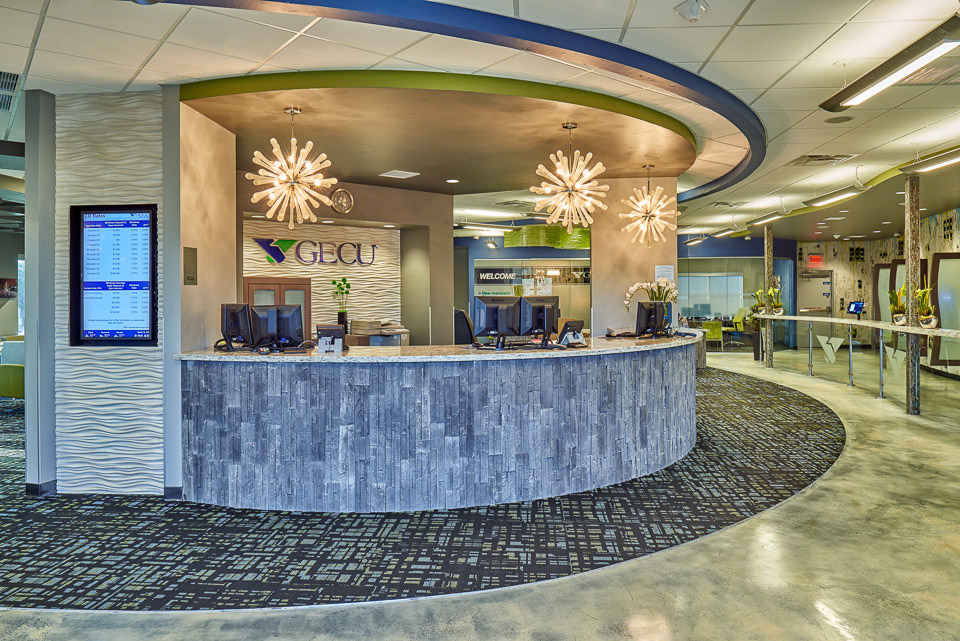 Normally I would bring in some supplemental lighting to help accurately capture the interior space. In this case, however, I wanted to capture the space just as it existed with only ambient light. 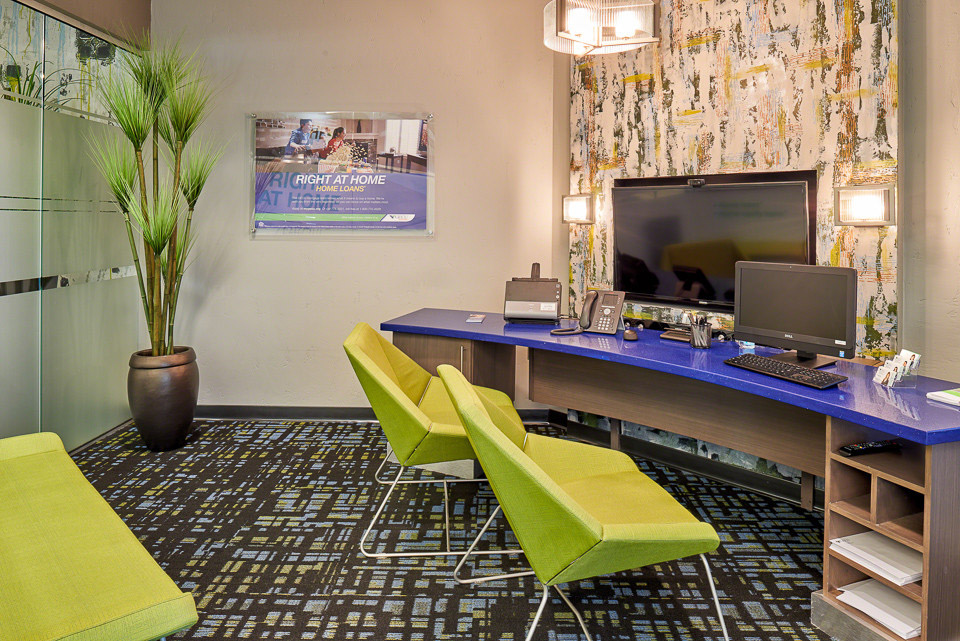 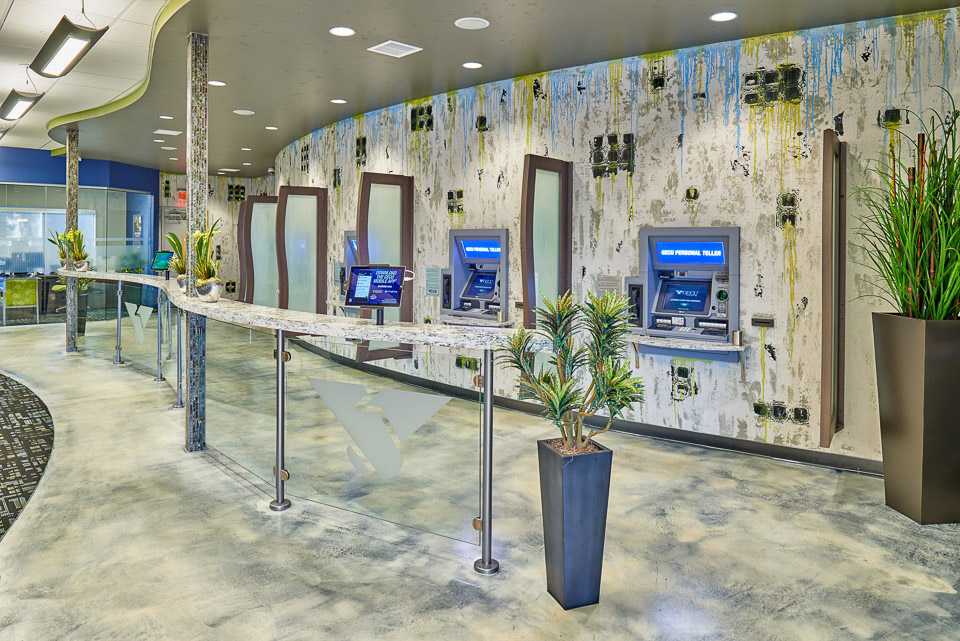 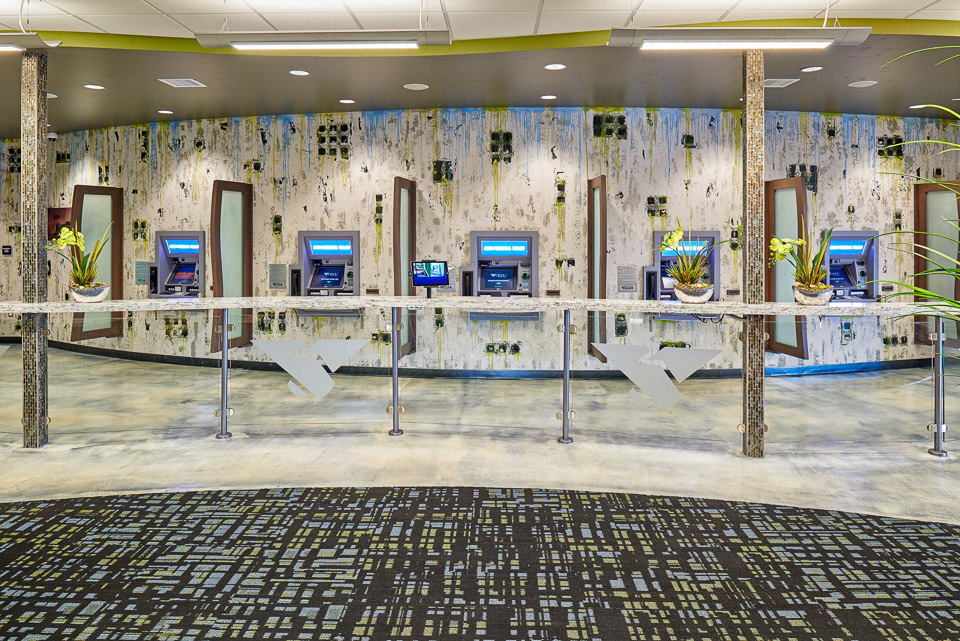 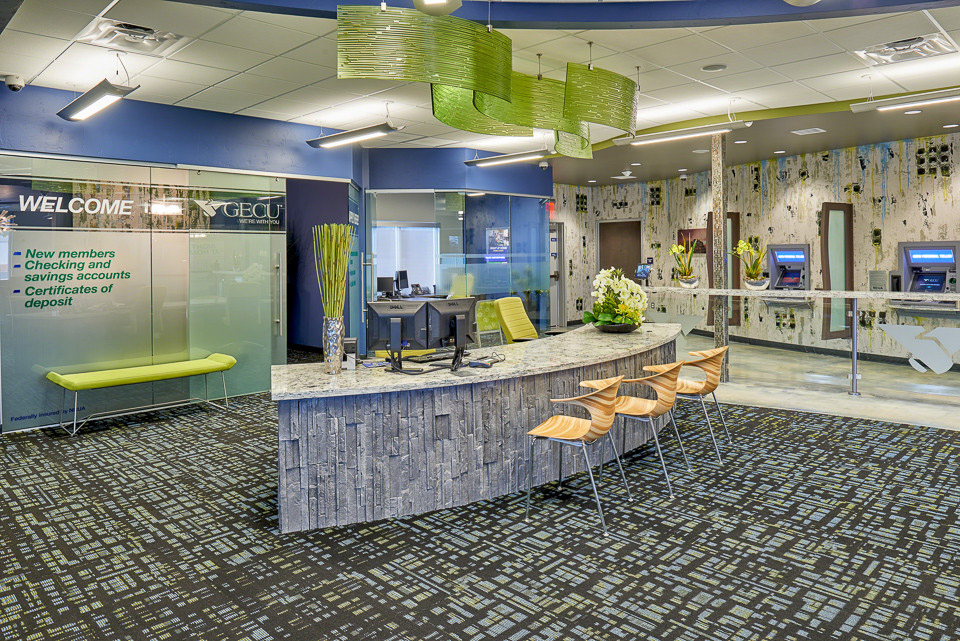 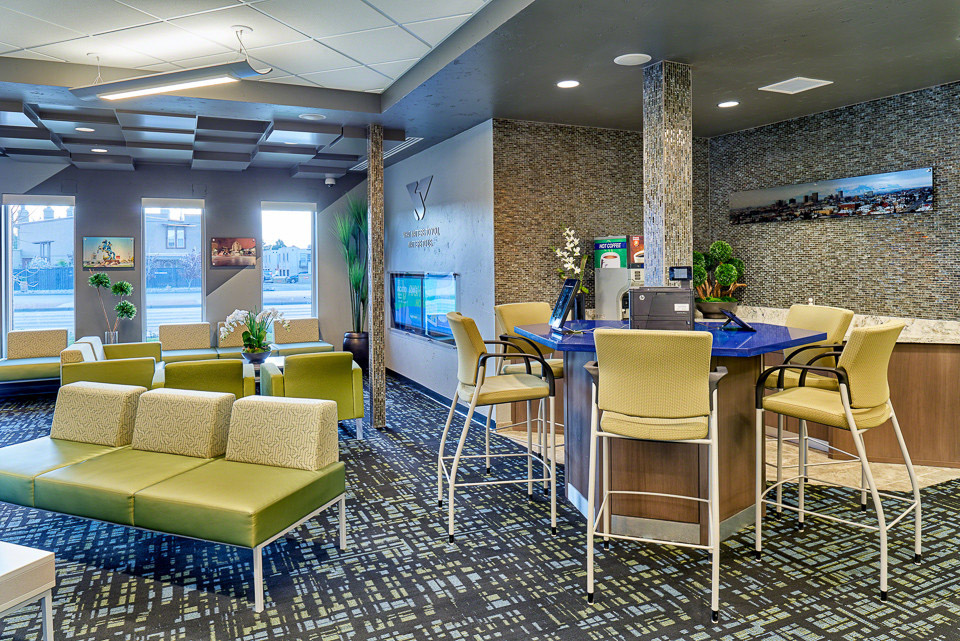 In the photos above and below you can see some of my El Paso photos on display. For this branch they printed the photos on metal and mounted them with stand-outs in acrylic. 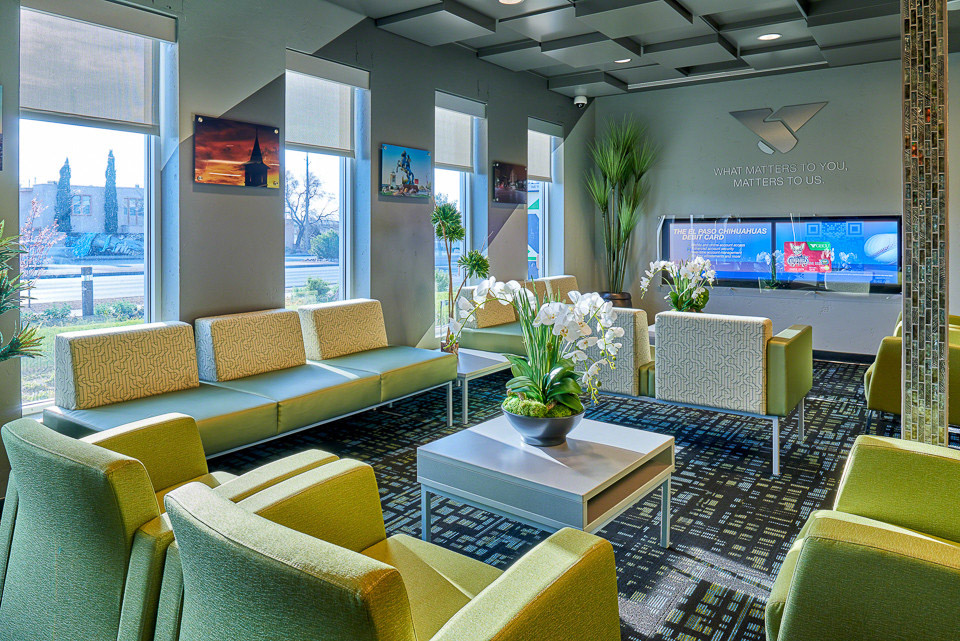 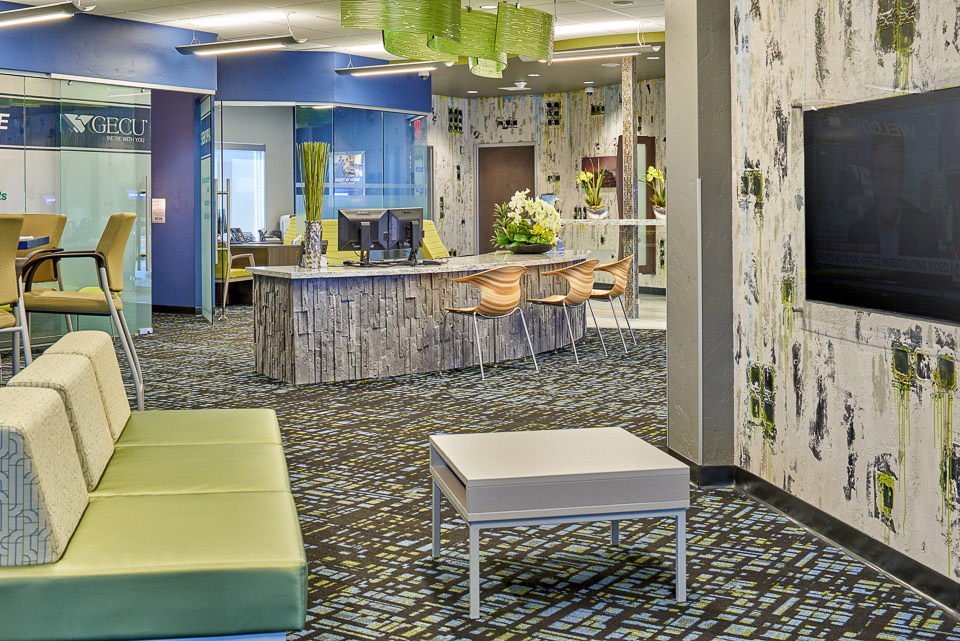