This shoot was a challenge.

The concept was to show a piece of art being stolen with the VW as the capable getaway vehicle. We set up in the driveway of a large home on the west side of El Paso – at night.

We carefully placed the vehicle and models in their designated positions. Then, I used multiple flashes with assorted light modifiers to add light exactly where we wanted it. A total of 5 off-camera lights were used to create this image. For a little extra drama, one light was equipped with a red gel and placed in the entryway to the house.

The lighting strategy required a very slow shutter speed to allow the ambient light from the home’s exterior lighting to be visible in the final image. This required that the camera was perfectly still for the shot. The camera was placed on a tripod in the street at the end of the driveway. We used an iPad to wirelessly control the camera and review the photos. 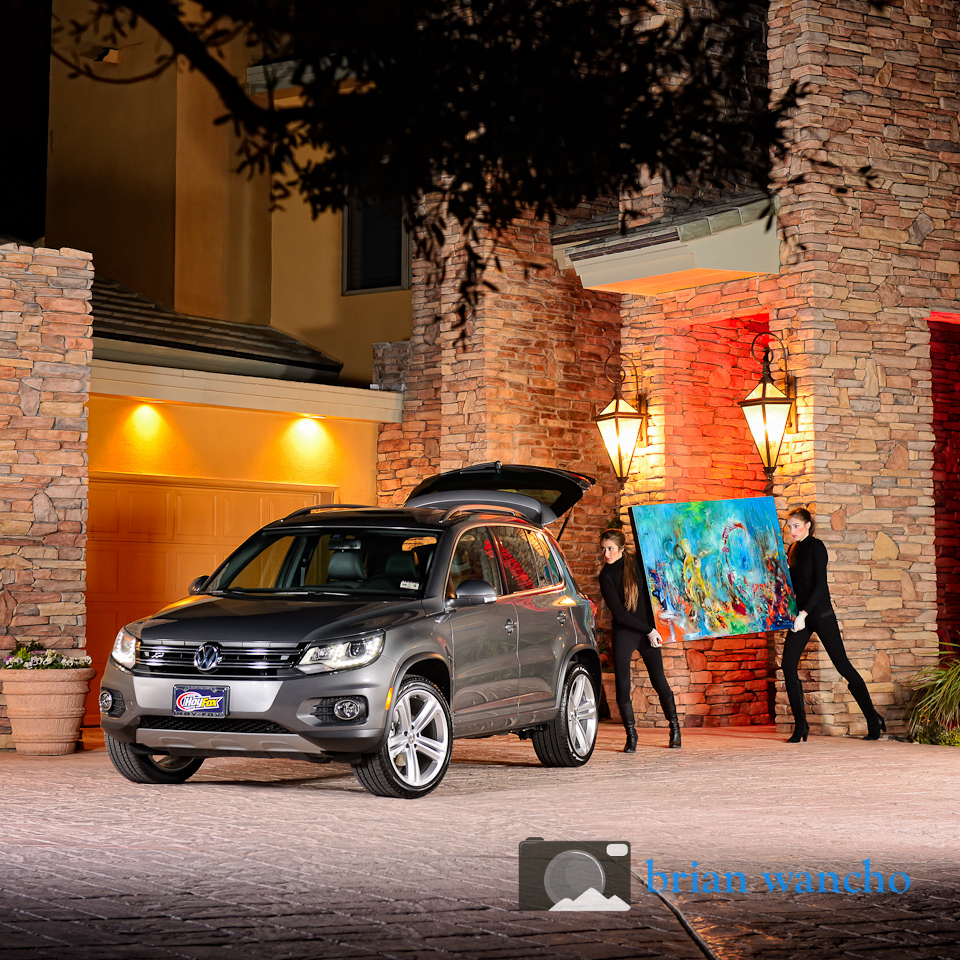